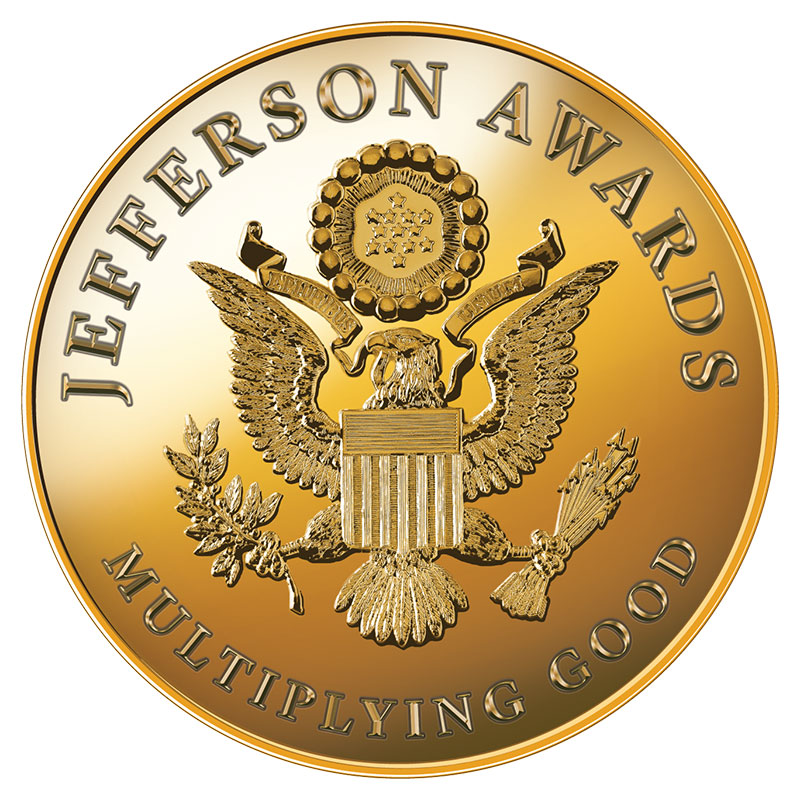 NEW YORK, Feb 14, 2020 (GLOBE NEWSWIRE) — Multiplying Good, the nation’s leading nonprofit fueling personal growth and leadership through public service, today announced the 2020 National Jefferson Award recipients. Multiplying Good and its esteemed Board of Selectors give National Jefferson Awards to individuals and corporations who have made a significant impact on others through service.

“Our National Jefferson Award recipients are at the top of their respective fields. To see them contribute so much in service of others is empowering. Recognizing them for those efforts inspires others to do whatever they can to create positive change in their communities,” explained Hillary Schafer, CEO of Multiplying Good.

The Jefferson Awards, to be held at Capitale in New York City and the Mayflower Hotel in Washington DC, is the longest-running awards ceremony honoring public service. The awards bring together a diverse group to celebrate the impact service has on individuals, communities, workplaces, and schools.

“The Jefferson Awards allow us to use the power of recognition to share the stories of our honorees. It is our way of inspiring hope in our country in a time when we are overwhelmed with stories of division,” Schafer said.

At the NYC Jefferson Awards, Owen Colley will receive the Jefferson Award for Outstanding Public Service by an Individual 25 Years and Under. Colley will be recognized for his Little Clay Koalas initiative. Upon learning about the devastating Australian brush fires, the 6-year old was determined to help. He began hand-sculpting and selling clay koala bears. All proceeds from Little Clay Koalas go to support Wildlife Rescue South Coast.

“It’s important for people to do things for other people, because if you do something for someone, maybe one day that person will do something nice for somebody else,” Colley explained. “I feel really good about getting this award. I don’t really have words for it.”

J.C. Hall will receive the Jefferson Award for Outstanding Public Service benefiting the New York Community for his work with Hip-Hop Therapy. Hall runs the Hip-Hop Therapy Studio at Mott Haven Community High School. The studio gives students the opportunity to engage in the therapeutic process of writing, recording, and performing their music. The late Edgar H. Tyson founded Hip-Hop Therapy as a contemporary approach to mental health treatment that utilizes Hip-Hop culture as a therapeutic medium.

“Having the opportunity to work in service of youth through Hip-Hop in the birthplace of the culture has been the ultimate privilege of my life,” Hall said. “It is an unbelievable honor to receive an award for doing what I love, and I am tremendously grateful for the recognition this may bring to the restorative potential of Hip-Hop therapy.”

Fitzgerald will be honored for his service through the Larry Fitzgerald First Down Fund. The First Down Fund exists to promote reading proficiency and technology access for K-12 youth as cornerstones to success at school and in life, and to support efforts to prevent and cure breast cancer and support breast cancer survivors. Additionally, Fitzgerald has worked with the Starkey Hearing Foundation, including traveling to Malaysia to help provide hearing aids to adults and children in need.

“I’ve embraced service to others because I’ve seen firsthand the effect it can have on entire communities,” Fitzgerald said. “Service is not only my responsibility; I view it as a privilege.”

Staley is being recognized for her service with the Dawn Staley Foundation, which sponsored after-school programs for middle school children living in Philadelphia, from 2000-2008 and for her work with Innersole, which she co-founded. Innersole is a nonprofit dedicated to providing new sneakers to homeless children and children in need. Her motivation for Innersole came from her difficult childhood in Philadelphia, where basketball helped her focus on something she loved, and having access to good sneakers helped to make her feel like she could achieve her sports goals.

“I remember how much I was affected by someone choosing to serve others, to give back,” said Staley. “Not only did it help my family and me in our time of need, but it also inspired me to choose service.”

Bell will be recognized for her commitment to serving others through a variety of organizations and to various causes. Bell supports animal advocacy through organizations such as the ASPCA, the Helen Woodward Animal Center, and PETA. She is a supporter of No Kid Hungry, which works to make school breakfasts, summer meals and after school meals available to all kids who need it. She is part of The Alliance of Moms, which supports pregnant and parenting teens in Los Angeles’ foster care system as well as Baby2Baby, which provides low-income families with diapers, cribs, clothing, and other basic necessities. Bell was the driving force behind the No Kids Policy, which pressured many media companies into changing their policies and no longer running unauthorized paparazzi photos of celebrities’ minor children.

Lawler will be recognized for his work as the Chief Executive Officer at Youth Villages, a national leader in children’s mental and behavioral health that is committed to building strong families, delivering effective services and significantly improving outcomes for children in child welfare systems across the country. Under his leadership, Youth Villages’ 3,000 employees work in 21 states, helping more than 30,000 children, families, and young people every year.

TOMS will be recognized for its ongoing commitment to being a business that improves lives. By investing a portion of all sales into local partners around the world, TOMS is fueling positive change that ensures everyone feels safe, mentally healthy, and has equal access to opportunity.

Multiplying Good is a national nonprofit that channels the power of public service to unleash the potential in individuals. For nearly 50 years, they have honored those who build better communities, trained young leaders, and activated individuals and organizations to multiply the impact they can deliver. Through a continuum that starts with engagement and culminates in recognition, they fuel personal growth and multiply the power of service to others. Through recognition, they inspire individuals and those who hear their stories to deliver greater positive change. You can learn more about the organization by visiting MultiplyingGood.org or engaging with their online communities via Facebook, Instagram, Twitter, and YouTube.