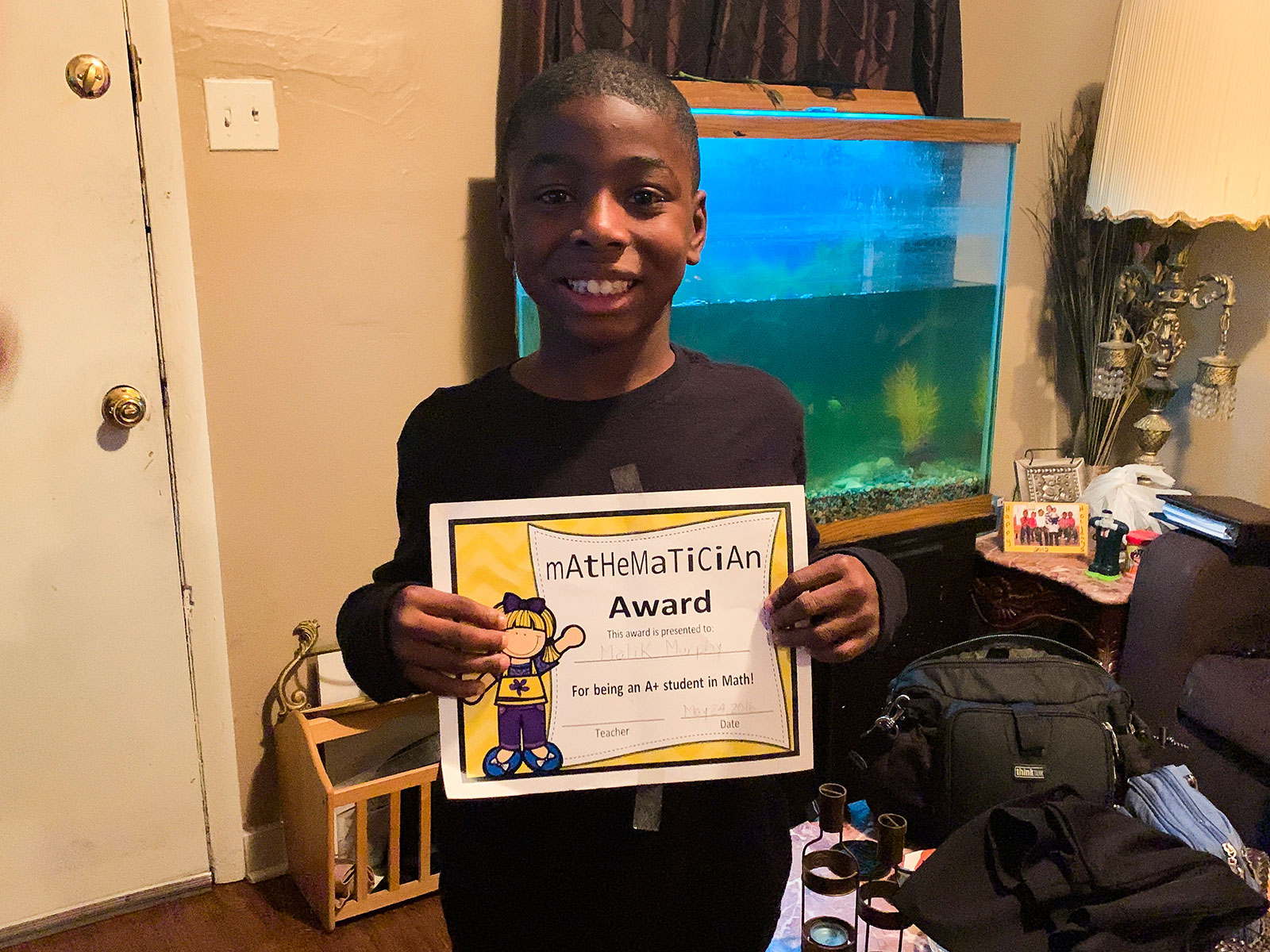 Malik, 9, was on stage with other third graders for the ENTIRE school Christmas program last month, He marched up the bleachers with his class. Stood in the right place. Sang all the songs. He followed all the directions…

For most parents, good behavior during a school program is expected, routine.  For Malik’s mother, Shaketa, it was almost a Christmas miracle.

School had always been difficult for Malik.  His emotional and behavioral problems became apparent in pre-school. The young boy would hit or kick teachers, flip over tables. By kindergarten, he was in an alternative school.

His parents, both custodians at the University of Memphis, had fought to get Malik back into regular public school, but it had been rough.

Almost every day, Shaketa got telephone calls at work about Malik’s angry outbursts. Often, she would have to leave work and go to the school. She exhausted her time off and had to go on Family and Medical Leave (FMLA) to save her job.

On her first day on the case, Family Intervention Specialist Caylee Beard went with Malik’s mom to a meeting at the school.

“They were on the verge of kicking him out,” Shaketa said.  “If there had been one more suspension, I’m sure they would have asked him to leave.” Caylee asked for time, time to observe the boy’s behavior and for his parents and teachers to work together.

Caylee focused on Malik’s school problems, observing him in the classroom and working with his teachers. She even taught them Collaborative Problem Solving, an evidence-based approach to communication.

“The main thing was getting communication between mom and the school, the guidance counselors and teachers,’ Caylee said. “He didn’t have an Individual Education Plan (IEP) in place. We made sure that was done. Now, everyone’s communicating in a positive way, and Malik is succeeding.” 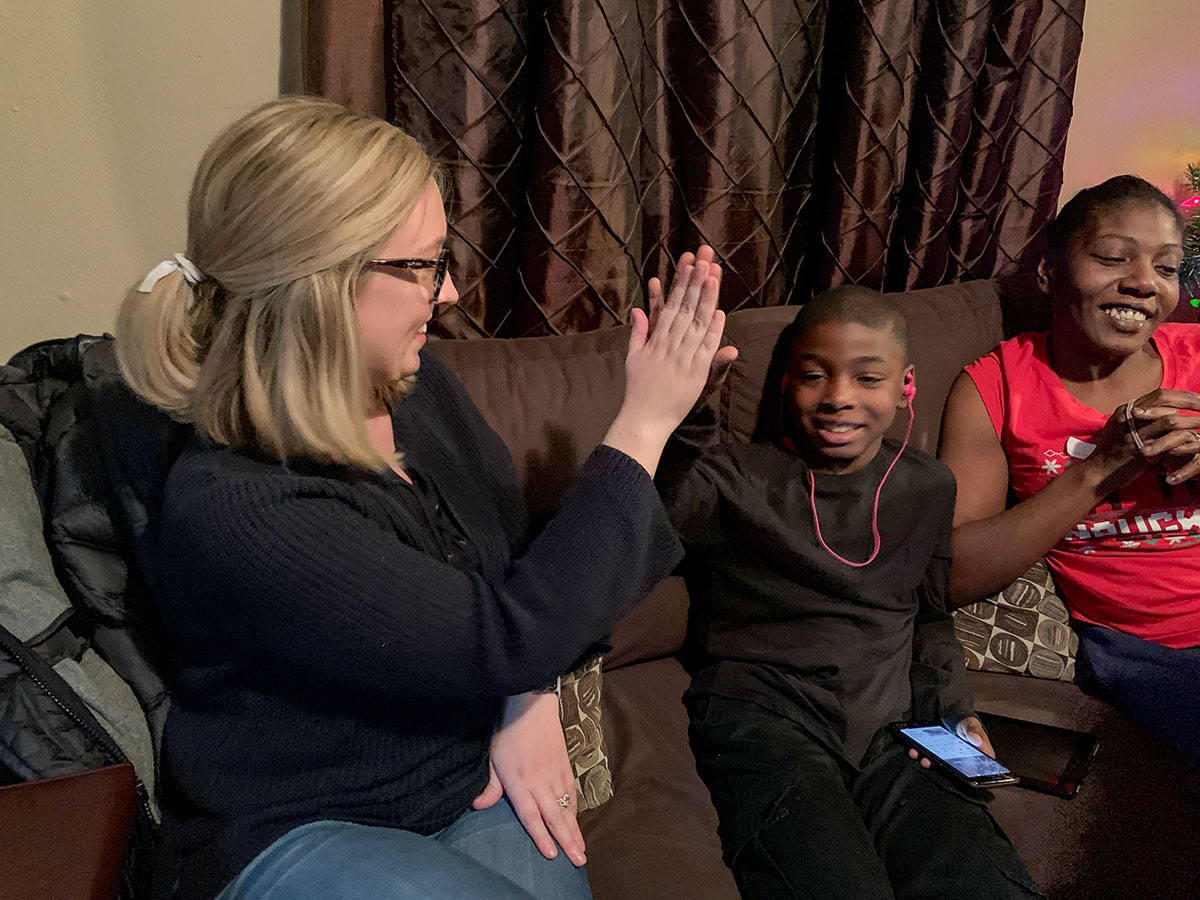 His classroom behavior improved. For the first time, Malik was able to concentrate on his work and his grades improved.  He has E’s for excellent behavior on his latest report card.

But the Christmas program was a real test.  Shaketa was nervous, but so proud when Malik belted out “Let it Snow!” with his friends. She recorded the program on her phone.

“The thing is, he’s never been able to participate in something like this,” his mom said, showing the recording on her phone, as Malik beamed. “For him, to be able to do that is a big deal.”

For the first time, Malik is proud of how he’s doing in school. He beamed as he watched the recording of “Let it Snow” on his mom’s phone. “I feel good!” he said.