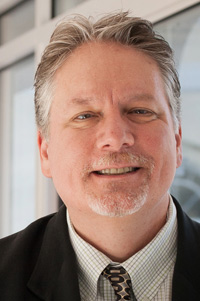 Anthony Petrosino, Director of the WestEd Justice & Prevention Research Center, specializes in social policy research, with an emphasis in program and policy evaluation and research synthesis. He is also Project Director/Senior Research Scientist in the Learning Innovations Program at WestEd, and Senior Research Fellow at the George Mason University Center for Evidence-based Crime Policy.

Petrosino’s extensive background and training in topics such as school safety, juvenile and adult criminal justice, and violence and other prevention efforts help to expand WestEd’s work in these areas. He co-directs seven federally funded research studies, including five randomized controlled trials, for the U.S. Department of Justice and the U.S. Department of Health and Human Services. Petrosino has a long history of conducting research syntheses. Prior to joining WestEd, he helped develop the Campbell Collaboration (C2), an organization that conducts reviews of research on the effects of social interventions.

For example, he led the C2’s pilot review (on the “Scared Straight” delinquency prevention program), and his paper based on that analysis won the Pro Humanitate Literary Award from the North American Child Welfare Resource Center in 2003. Petrosino was the Founding Coordinator for C2’s Crime & Justice Group, receiving a Distinguished Service Award for his service. He has published over 150 juried articles, book chapters, and other publications, and serves on the Editorial Board for the Journal of Experimental Criminology. Petrosino received WestEd’s Paul D. Hood Award for Distinguished Contribution to the Field, and was named Honorary Fellow by the Academy of Experimental Criminology.