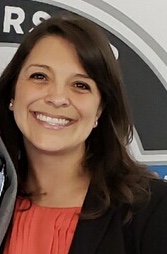 Melissa Jackson-Wade began her career 18 years ago with Youth Villages as an in home family counselor in our Cookeville, Tennessee office. During her tenure with Youth Villages, Melissa relocated to Chattanooga in 2001 where she opened and developed that office and then later moved to Knoxville and assisted with the continued growth of the Knoxville, Johnson City and Morristown programs.  Melissa has held the positions of clinical supervisor, regional supervisor, regional manager and most recently assistant director.  During this time, she also assisted in the startup of our Specialized Crisis program.  Melissa holds an MA degree in education and resides in the Knoxville area with her husband Patrick and their daughter Lauryn.