Mulroy is a graduate of Rhodes College and received his MBA from the Fogelman College of Business at the University of Memphis. He is a graduate of the University of Tennessee School of Law. He has also received continuing education from the Naval War College, National Defense University, Naval Justice School and Northwestern University. He served six years of active duty as a JAG officer in the United States Navy, where he earned the Navy Achievement Medal and Navy Commendation Medal and served in various capacities in the U.S. and overseas including as a trial observer for the U.S. Embassy in Japan. 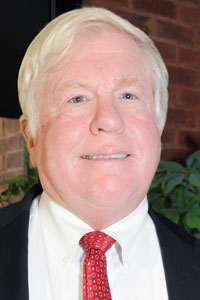